“You know if I write the plans I won’t need them.”

“Get writing then!” my husband said as he dug his work laptop out of his bag and handed it to me.

We arrived at the Chicago O’Hare airport on time knowing our final flight home from San Antonio was delayed by an hour. We grabbed a quick dinner and headed to our gate. Upon reaching the gate we found our flight was delayed another hour. Now we were getting home at 11:00 p.m. rather than 9:00 p.m. Though it wasn’t an ideal time to arrive home and head to work and school today, it was manageable.

We settled in and did all those things you do while waiting for a flight, people watch, hunt for an outlet for your phone, buy expensive water and snacks to help pass the time . . . Every half hour or so the departure of our flight home got later and later. This was a familiar situation for us and experience had taught us it wasn’t looking good. Despite having a Big Ten University in our backyard, it’s never been easy for us to fly in and out of our small town, even after the airport was expanded to accommodate larger planes for visiting football teams. The weather can be unpredictable and though the airport is bigger it’s still run like a small town airport.

By the third delay I decided it was time to think about writing the sub plans just in case. Only a teacher and his or her significant other knows what this entails. I had nothing with me to deal with this but thankfully my husband had been traveling for work and had his laptop along. I logged into my school account and started searching Google Docs for old sub plans. I moved myself to a counter and joined other travelers who were trying to get some work done as we waited for our flight.

Our town is small enough that it turned out we met some other locals at the table. We also met some who were heading to our town for professional reasons; meetings, consultations and conferences. One traveler didn’t actually know why he was heading to our town though that may have had something to do with where in the airport he had spent most of his time waiting. As I wrote my plans I learned one fellow traveler graduated from our local high school two years ahead of my husband. My husband knew his sister and he knew two of my coworkers pretty well. Additionally, his wife also works in the same school district though at a different elementary school. It’s a small town.

As time passed and the delay increased I shared what I was doing.

“I’m writing sub plans for tomorrow just in case. I’m hoping I don’t need them. If I write them chances are we’ll get home,” I shared with my table-mates, “that’s usually the way it goes.”

“Keep writing then, we want to get home!” my neighbor urged me.

I stopped for a minute to engage in the conversation at the table.

“Hey, keep writing so we get home tonight!” my new friends teased.

As I put the finishing touches on plans I was not confident were very good, the captain arrived to board our waiting plane. The crowd at the gate cheered and clapped. The mood lightened and we were feeling hopeful. The co-pilot showed up next and once again this group of strangers came together and cheered and clapped. A few minutes later the final needed crew member, a flight attendant, arrived at our gate. The claps and cheers started again though she shied away from the attention.

It had worked. I wrote the plans that wouldn’t be needed. The crew arrived we boarded the plane. We said farewell to our new acquaintances and settled into our seats exhausted and ready to get home by 1:00 a.m. We sat and waited for the plane to back away from the gate. We waited and waited and waited.

After an hour we were offered to deplane though we were encouraged not to because we would probably be leaving shortly. Everyone stayed in their seats. We were told we were waiting for a weather report from the tower back home. One eager passenger even called our airport and offered her phone to the flight attendant to take to the pilot for the weather report. All was fine back home weather-wise.

After 90 minutes of sitting at the gate we were told to head back into the terminal to talk with a customer service representative. It turned out the sub plans were needed. This wasn’t the first time I wrote sub plans in the O’Hare airport but I hope it will be the last.

As we arrived back at the gate this morning we were greeted by a number of friendly faces. Faces that were no longer strangers to us because our struggle to get home bonded us together. We chatted about the short night’s sleep we had at the hotel the airline provided and compared notes on where we stayed. After a short delay we all boarded the plane again sitting in our same seats and joked about how familiar it all felt. After a short delay we were in the air and headed for home forever bonded by the struggle to get there. 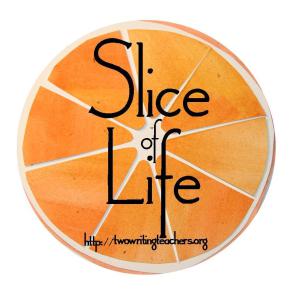